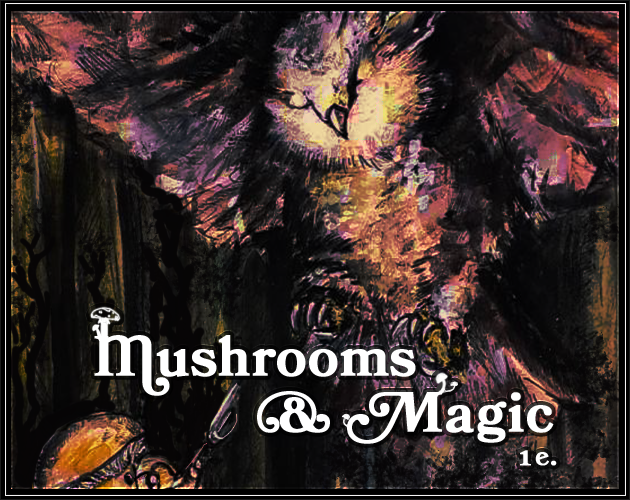 After apocalypse, Mushroomkind awoke, surrounded by strange beasts & remnant technology from humans long passed. But Mushrooms are small, and the world is large & unexplored - will you answer the call?

Mushrooms & Magic runs using a modified Powered by the Apocalypse / Monster of the Week-like system, with mechanics for tool crafting, abilities, and several magic types. The game only requires one die - a d20 - and makes use of just four basic stats. While not rules-light per se, plenty of room is left within the game's structure for players to modify core aspects (and add their own!) as wanted within campaigns, and GM's are encouraged to have fun with the setting above all else. This Indiepocalypse Edition includes an exclusive Clade of Mushrooms to play as & additional NPC art found nowhere else! 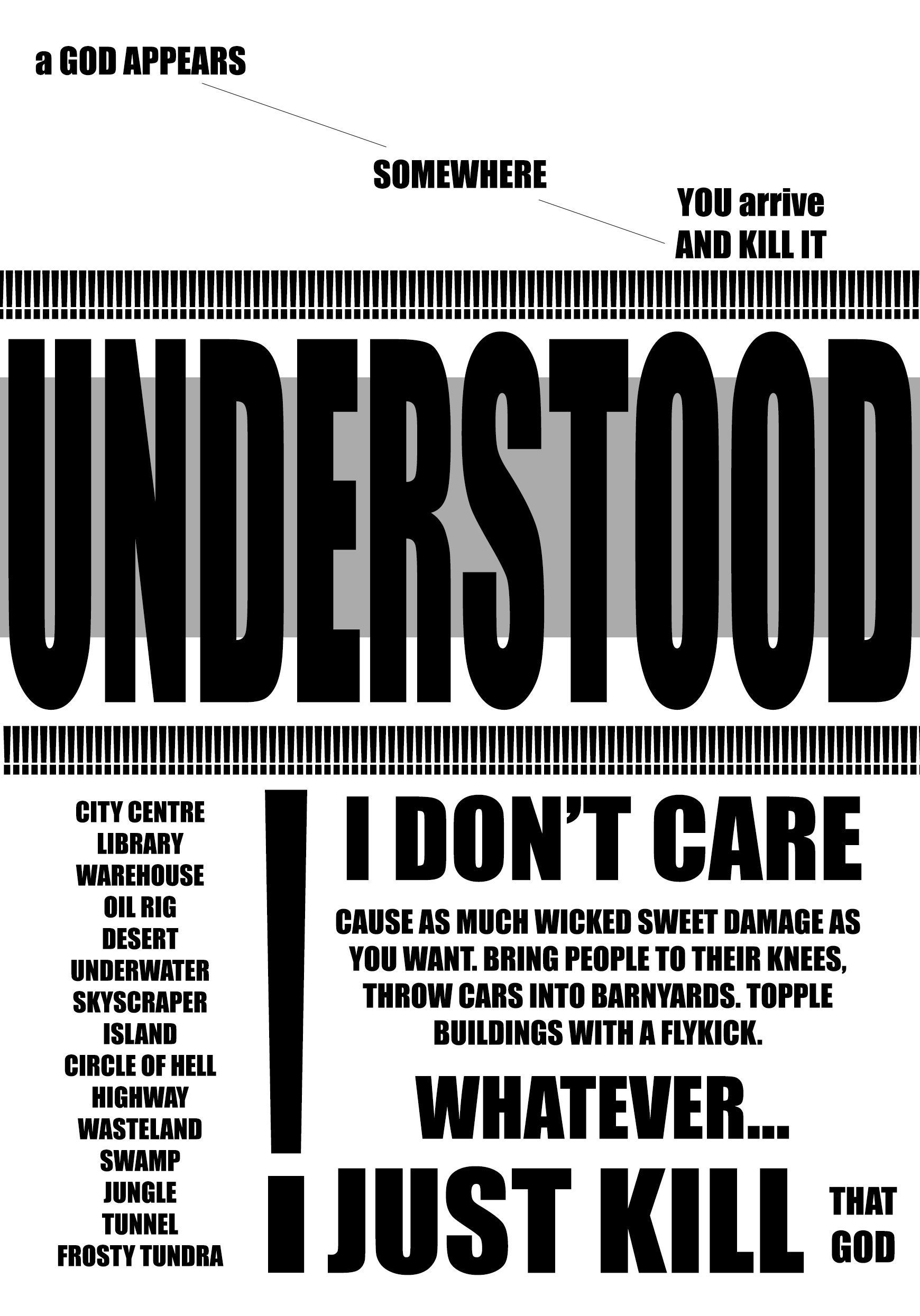 A rules-lite power fantasy ttrpg where Players are overpowered demons that must kill gods~! 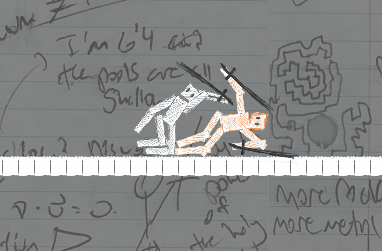 This is a physics based 2d swordfighting game for people who spent more time doodling in math class than paying attention. It features many levels, two kinds of sword, and only a teensy tiny small little chance of achieving sentience and trying to murder you!

Cards of the Bog (WIN/MAC/Linux) by Abhi Sundu

A short, strategic deckbuilder with just a sprinkle of horror. Inspired by Into the Breach and Slay the Spire. Venture into the ancient bog and bring your sibling back. Be careful not to lose yourself on the way . . .

Nim's Sin Removal service is a strange but cute, spooky RPG experience about the world's most useless occultist, Nim!

Follow Nim as he fails to summon the devil, and becomes haunted by seven doppelgangers representing his sins. Scare the spirits out of hiding, then chase them down and exorcise them from this mortal realm! (Will he be able to exorcise them before Dad gets home?)

Into Ruins (WIN/MAC/Linux) by Eric Billingsley

Into Ruins is a chaotic roguelike for the PICO-8 fantasy console.

Jump down holes in the ground as you traverse cave formations and crumbling dungeons. Fight monsters or tread carefully to avoid them. Collect orbs and power up magical items you find along your way. With a bit of caution and a bit more luck, you might just make it to the bottom.

THE FOREST OF NOISE (WIN/MAC) by Mared Jurphy

let the deathly n̷̡̧͖̙̞̥̪̦͔͉͖̭͐ǫ̶̜̰̜͆̽i̴̪̓s̸̡̢͚̗̺͇̰̣̰͍͒̀͊̿̀͌͌̽̿̍̑̊͘͝ͅe̸̹̻͎͂́̒̀̎͝ͅ guide you through a shifting forest maze with a text-based tragedy-strength story. •walk•through•the•forest••••closeyourEYESandlisten••••find•every•light••••consider•death•

Children of the Flower (Game Boy/Analogue Pocket) by wombok & jermythemystic 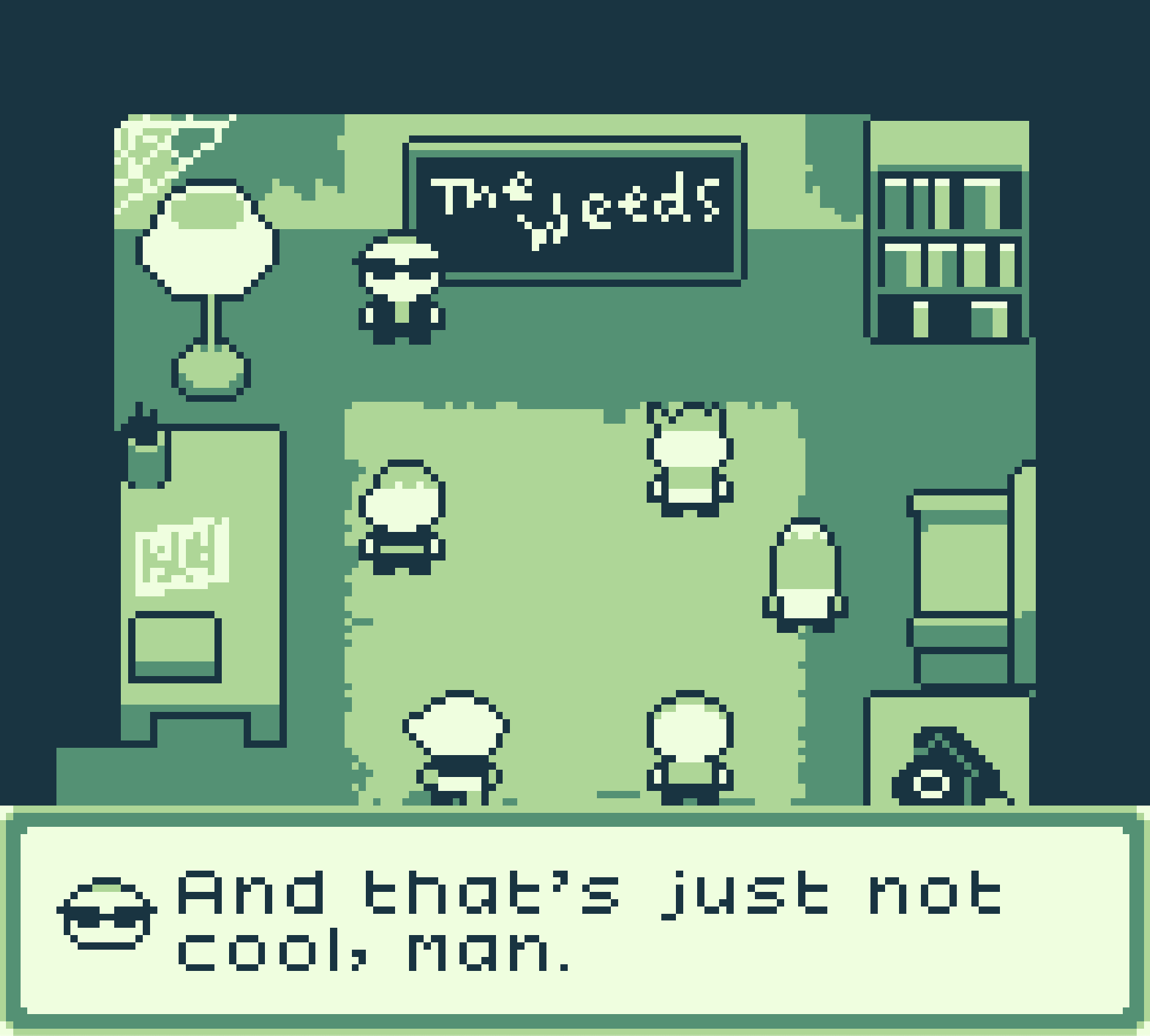 You are Daisy — spunky, ambitious, and totally fed up with your town's local cult and their "deity": a giant sunflower. Under the gaze of your powerful father, a gang of anarchists send you on a secret mission with an unspeakable objective... to exterminate the Godflower. 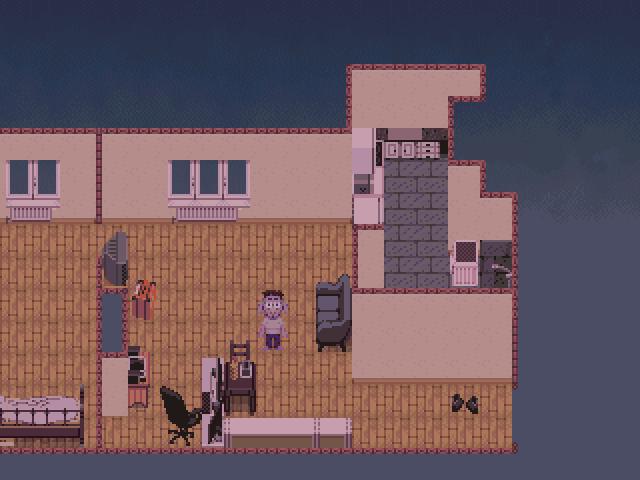 Crumbs is a 20 minute short simulation game of the very specific life of one Quinn, a little sheep stuck in the world's most mundane time loop. Play through an exciting 5 days, and... try not to despair, the sun will rise again. 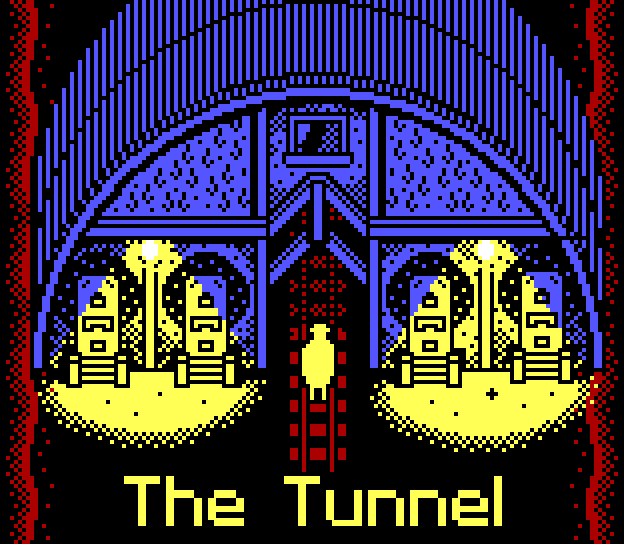 The State sent you to work on The Tunnel, but it's not what you expected. The Machine is not drilling. It's doing something else... something weird. And what do the people living there want with it?

"The Tunnel" is a top-down adventure game, rendered in 16-color pixel art.